Why Sexual Assault Survivors Blame Themselves

It’s not your fault.

Before I dive into a blog article about sexual assault, I had to say that. You may feel like it’s your fault. Not only is that extremely common; it’s also trying to protect you from your pain, which I’ll discuss in this blog article in a moment. But it can’t be said enough that if you were sexually assaulted, it’s not your fault.

As the details of Harvey Weinstein’s long history of sexual harassment of women in Hollywood emerge in the news media, a lot of people are having a very visceral reaction. Women (and some men) are coming forward on social media with “Me too,” identifying themselves as people who have been sexually assaulted or harassed. And some are telling their stories.

I was particularly struck by an acquaintance on Facebook who wrote that she blames herself for what happened. The thing that gave me pause was not that this was an unusual reaction, but that it was actually an extraordinarily common one. While many women are able to accurately blame others for things like street harassment and inappropriate comments, people of all genders almost always partially blame themselves when they are assaulted.

There are two main reasons this happens: one obvious, and the other much less so.

1. Blame the Victim Mentality
The obvious reason for this is that our culture blames the victim. Judges talk about “lost potential” when making decisions about the fate of young, white men who have raped their peers. Media outlets ask, “well, what was she wearing?” and “was she drinking?” – the implication being that a woman who is not constantly on alert for predators is asking for something terrible to happen.

This attitude is devastating for women, obviously, but as I’ve written about in my blog article on feminism, it’s also truly unfair to men. It depicts men as servants to their sexual impulses, as depraved idiots who can’t control themselves. That’s unfair to men who value consent and view women as people rather than sex objects, and it also lets men who are sexually predatory off the hook.

Acknowledge it or not, we still have a strong culture of sexism. As a culture, we value the thoughts, ideas, and memories of men more than those of women. From school dress codes to marketing campaigns, we objectify women in every facet of our society. It’s getting better, but it’s still deeply entrenched in our culture.

So when something awful happens to a woman, she often preempts the questions others will ask. She says: “What was I wearing?” “Should I have gone to that frat party?” “Why did I put my drink down when I went to the bathroom?”

2. Locus of Control and Sexual Assault
The less obvious reason that sexual assault survivors of all genders blame themselves has to do with something called “locus of control”. This phrase refers to how much control people feel they have over a situation. If someone has an “internal locus of control,” that means they believe that they have complete control over everything that happens. Someone who has an “external locus of control” believes that they are completely powerless. Or, to put it in an infographic:

The reality of almost every situation is more nuanced: you can control part of what happens, but not all of what happens. If you’re going for a job interview, you can polish up your resume, research the company, dress professionally, and send a thank you card afterwards. But you can’t control whether the hiring manager is getting pressure to hire the CEO’s nephew for the position, or if they’re biased towards hiring someone who looks like them, or if you get a flat tire on the way to your interview.

As Spiderman says, “with great power comes great responsibility” – so it stands to reason that the opposite is also true: when you take responsibility, it feels empowering. If you don’t get the job because they hire the CEO’s nephew, you might start to feel very hopeless. With nepotism running rampant, how will you ever find a job? But let’s say you start to look at the factors you can control. Maybe you’re lacking a particular skill that employers value – why not take a class? Or maybe your nerves got the best of you and you stuttered or rambled too much – it’s time to work on your confidence. These are action items, and suddenly you don’t feel hopeless anymore.

So what does all of this have to do with sexual assault survivors?
Sexual assault is extremely disempowering.

A survivor often feels helpless, and completely out of control over what happens to them. You may notice that throughout this article, I’ve been using the word “survivor” rather than “victim” – but “victim” is often how a person feels. So with an external locus of control, someone who has been sexually assaulted begins to feel that the world is a random and chaotic place, and bad things are liable to happen at any moment.

And so self-blame, while shame-producing and intensely painful, is actually quite adaptive. Because, similar to the person who has been passed over for a job, this self-blame creates action items. “Maybe I should dress more conservatively,” a person might think, “or only go out when I’m with close friends, or not walk alone at night, or not drink in public.” Then they decide, “I’ll take a self-defense class so that if something like this ever happens again, I’m prepared.” (Wouldn’t it be great if instead of survivors taking self-defense classes, those who preyed on them would take “how to not commit sexual assault” classes?)

But it calms the brain down. It makes a person feel more in control, more calmed by the situation. And that creates a sense of order out of the chaos the world has become.

What to Do with Self-Blame Thoughts
If you are a survivor of sexual assault, and you find yourself turning inwards for an explanation, it’s important to recognize that what you are doing is trying to make meaning out of chaos. You are trying to find a way to feel grounded again, and to protect yourself in the future.

But here’s the best thing you can do with your feelings of shame and your thoughts of self-blame: Share them with someone you trust. The best antidote to shame is empathy, and that’s not something you can get from within yourself.

Talk to someone – a friend, family member, or therapist – about what happened, and be honest about the fact that you wonder whether you could have done anything differently.

When you do this, you feel more connected, less alone. The world slowly begins to feel like a friendly place where sometimes people are awful, instead of an awful place where people try to deceive you by acting friendly.

And maybe, over time, you will find that you don’t need to blame yourself anymore. 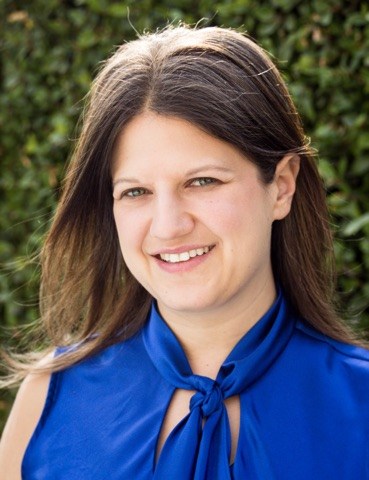 Jennie Steinberg is a Licensed Marriage and Family Therapist and a Licensed Professional Clinical Counselor based in Downtown Los Angeles.  She is the founder of Through the Woods Therapy Center, a group of psychotherapists who are strength-based and use the principles of social justice to inform their work with clients.  Jennie has written extensively about issues pertaining to mental health and wellness, feminism, LGBTQQIAPK+ issues, and living authentically.  Her guiding philosophy in her work and her life is that if you’re not harming anyone and you feel good on the inside, you’re probably doing okay. You can find her via her website: Through the Woods Therapy Center, on Twitter, Facebook, Pinterest, and Yelp.