When Your Rapist Goes to Jail

In case you do not know, please learn this: no harm inflicted upon you by another human being is your fault. You do not deserve it and you did nothing to deserve it. It does not reflect who you are; it is only a reflection of that persons lost and darkened soul. You are not nothing; you are everything, more than enough. You deserve love, kindness, respect and happiness and there are people in this world who will give that to you just because you are you.

I was destroyed by keeping what I thought was a shameful secret – having been raped – to myself for so long, stuffing the light of the truth away along with the light of my soul.

I was pretty sheltered around sex and most worldly things. I grew up in a Christian church, going to Sunday and mid-week services and playing a role in the youth ministry, which had strict dating guidelines – supervised double dates, third-wheels, parents home, doors open sort of thing. I was fourteen and had been “seeing someone” for a couple months, nothing official yet but we were into each other. His family was apart of our church my parents trusted him and his family.

At this point in my life, I had no interest in sex, or anything sexual for the matter, but kissing. I grew up believing in waiting until you are married to “give yourself away.” I loved me some kissing though and I definitely had a rebellious bone or two. We wanted to see each other when we wanted to see each other and did what we did to make that happen. I snuck out of the home, took my dads car without a license and drove to see him. We snuck into his home, and were purely making out, clothes on, when all of a sudden, without question or talk, he was going for it.

You were probably taught about “fight or flight” – that when threatened, and animal has a physiological reaction in response to that danger to either face it head on or run away from it. Well, that is not the whole story. “Freeze” is left out, and that’s what I did, kind of like when an opossum “plays dead.”

I don’t think at the time I really understood what was happening. I told him that he was hurting me, to stop, but he would not acknowledge me and I froze. My body was numb and my soul hovered above. When he got off of me, I dressed, got out and luckily drove home safely. My dad was up waiting for me. The dog barking at my closed door gave my cover away. I didn’t tell him what happened. I was punished for sneaking out and taking the car. I went to bed, bleeding, and thought I was the worse person in the world…

I know now it was not my fault and that I was not and am not the worst person in the world. I know now I didn’t do anything to deserve what he did to me and what he did only reflects the darkness in his heart.

I’ve seen him since, both in times of denial that would send a knife through my gut, and afterwards, when I wanted to punch his face in. Now, about 10 years after the fact, he is in prison, for something involving drugs. My mom told me this past Christmas. It didn’t feel like a Christmas present though. I was not happy and did not feel like justice was served. I was definitely grateful he could not harm another woman but I felt sad for his lost, dark soul. I know what lost and dark feels like. He’s physically, emotionally, mentally and spiritually imprisoned. I am free…

Sending you love and support on your journey, 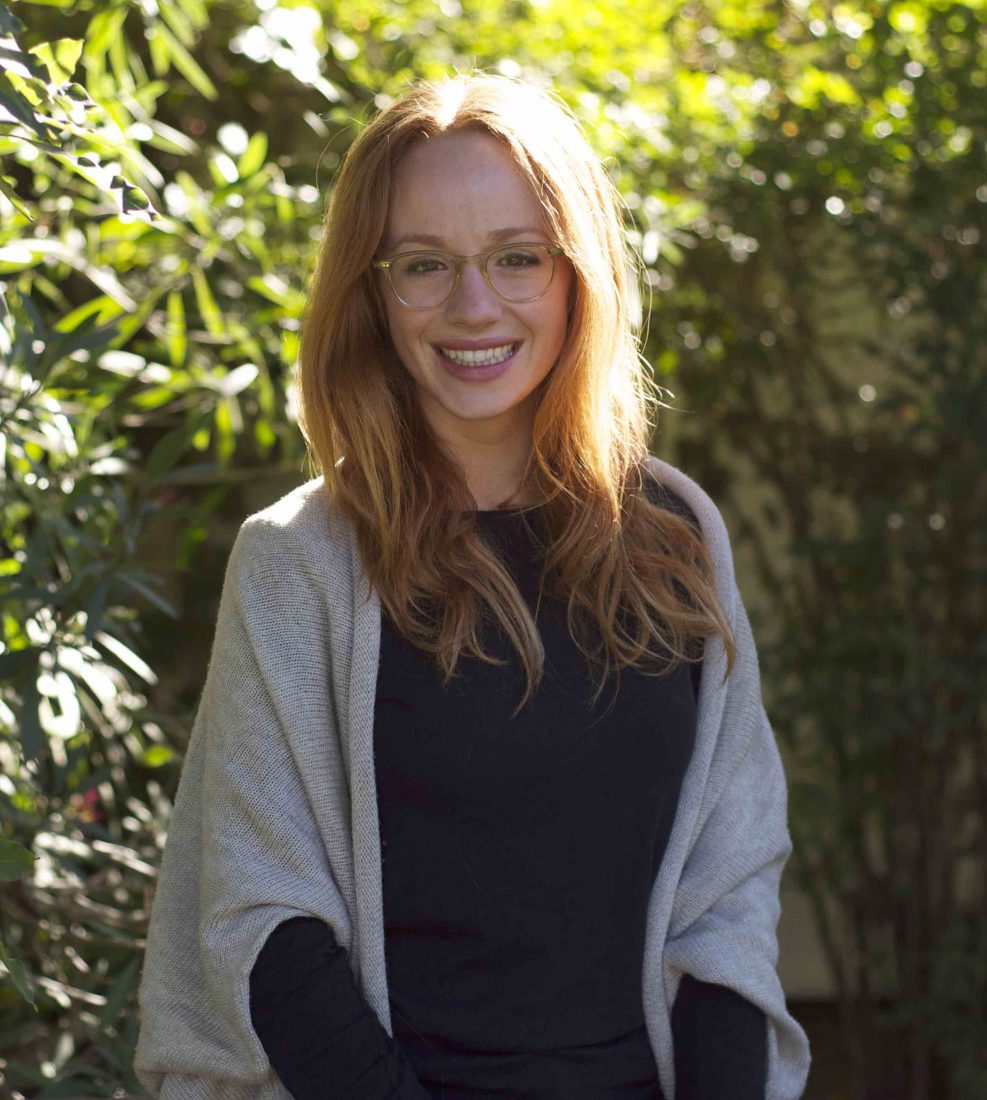 Becca is a Rockstar, international yoga instructor, holistic health coach, writer, and an all around amazing woman! She is the owner of Thorne Wellness and writes a blog about health, yoga, and healing which can be found HERE!