In an earlier post on how all trauma is not the same, I talk about how single incident trauma and repeated trauma impact people differently. A single incident of trauma catches us off guard and breaks through our defenses. But when trauma is repeated as it is in child abuse, domestic violence, gang violence, or war, then we don’t wait to get ‘caught off guard’ — we unconsciously, yet wisely, build a system of defenses against being overwhelmed and getting caught off-guard again. Building defenses to survive and experience the repeated trauma conserves our energy for survival. Instead of getting flooded with emotion—with terror, fear, and all the responses to it—we build walls, moats and methods of escape. We go numb, we feel nothing, and we do whatever we have to in order to maintain our distance from ourselves and others.

Most forms of treatment for trauma focus on what I would call the first form of trauma: What did happen. These are the events that you may have a clear memory of, the actions or words of violence, abuse or neglect. Treatment often consists of telling your story and focusing on coping strategies for managing the aftereffects of the trauma: flashbacks and startle response.

But in repeated or long term trauma, ‘What happened’ is only one part of the trauma. If trauma gets repeated, a second form of trauma occurs. This second form of repeated trauma is the systems of psychological and physiological defense that one constructs to survive the trauma. People change themselves to survive trauma. The responses to trauma are no longer ‘symptoms’ but instead these protective responses get incorporated into your personality—into the way you function.

These protective behaviors, beliefs and attitudes not only become how you are the in the world—they are your main defense against feeling the terror of trauma again. While most people have some difficulty with change, or giving up some aspect of themselves that helps them cope, for survivors of repeated trauma, when they lose the ability to use the defense that they feel keeps them safe, they are often thrust into either an emotional or physical flashback—they will panic and experience the feelings that accompanied the original trauma.

In the psychology literature there is a distinction made between a ‘state’—a short term experience, like anxiety about big exam, and ‘trait’ –something that is an enduring part of your personality, like being a generally anxious person, even when there is no event to trigger the anxiety. In short term trauma, the symptoms that one uses to cope can be temporary. These short term solutions that you used to protect yourself might actually be described as a defensive state. For example, during a hurricane, you might put plywood sheets over your windows to brace against the wind and water. The plywood is a temporary fix: you can choose to put it up and take it down at will. In situations of long term trauma the coping strategy is better described as a defensive trait; the protective response becomes a core of your personality. Instead of choosing how to respond, you have basically one, fixed, protective response. This is the body and brain’s genius of efficiency at work. Your body and brain can’t manage the repeated high energy responses to each particular trauma—the responses just become too much. Rather, the body and brain find a way to use their energy and resources more efficiently.

This is why healing from repeated or long term trauma is not a one-size-fits-all situation. Everyone constructs different walls to survive their trauma. It is also why many of the treatments for trauma reduce intrusive symptoms like flashbacks or anxiety, but they don’t seem to help the problems many trauma survivors face in terms of difficulty in relationships or managing mood. The walls built to survive the trauma were genius, they were effective, they were strong. And you can’t just knock them down because they are woven into who you are. This is why healing from repeated trauma is often a long term project: you need to slowly take down the bricks and let light in. But the good news is that healing is possible.

* This article was originally published HERE. It was republished on I AM A ROCKSTAR with the author’s permission. 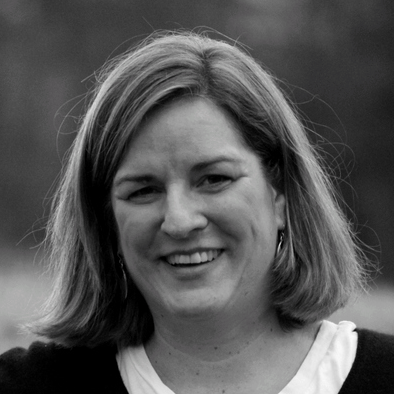 Gretchen Schmelzer, PhD is a licensed psychologist, trained as a Harvard Medical School Fellow. She is a trauma survivor, who has worked for twenty-five years with the complex issues of trauma, integration and behavior change across every level of system from individuals, to groups, to large systems and countries. She is the founder and editor of The Trail Guide, a web-magazine dedicated to healing repeated trauma. Check out her book Journey Through Trauma.