Life After Abuse: Don’t Judge Me

Life after abuse brings many obstacles and challenges.

Unfortunately, one of the most difficult things after abuse is dealing with the reactions of those you confide in. Whether you wish to confide in a few select people or you decide to confide in everyone you know, anticipating someone’s response can be terrifying.

It is impossible to know how exactly someone will respond when you tell them that you were abused by a former partner. After all, this isn’t like telling someone you’re transferring to a new school or quitting your job. This is telling someone that a person you loved, someone they most likely knew, hurt you in unimaginable ways.

So many questions arise: will they want you to press charges, will they support you, will they even believe you? And perhaps the scariest one of all – will they judge you? For some unfathomable reason, many survivors of trauma face judgment and shame after coming forward about their abuse. It isn’t fair and it isn’t right. But that is the sad reality.

In my case, I was very lucky and most people believed me and supported me. Apart from a few individuals (who I no longer associate with), I really did not feel much judgment from the people I chose to confide in. But as I have learned this weekend, there are two very important people in my life who do judge me – my parents.

They don’t judge me for what happened with my abuser and they do understand, at least intellectually, that he was abusive. They have even used that word multiple times to describe him. However, it has been a full year now since I walked away and I am still struggling. And this is what they judge me for – that I have not bounced back and recovered like it was just a typical break-up.

They cannot wrap their heads around the fact that abuse leaves scars; that it is just plain hard to be on the same campus as my abuser, to work in the same building as him, every single day; that I fear seeing him, not because he is a physical threat but because it feels like a knife going right through my heart.

I have tried to explain this to them many times and I tried again this weekend. Although they claim to “get it,” when I describe my pain to them they look at me like I am an alien with five heads. They tell me that “he hasn’t bothered you in a long time, he has clearly moved on” or that “You’ll find someone someday.” Those responses show just how profoundly they do not get it. Because this isn’t about him moving on, which they have no way of knowing anyway, and this isn’t about me “finding someone.”

This is about the fact that someone I loved abused me, that he works three floors below me and I am surrounded by memories around every corner; that my body’s innate physiological response is to go into fight or flight mode if I see him, or if I just think about seeing him. This isn’t about a break-up. This is about very real trauma. And it kills me that my own parents, the people who raised me, cannot validate the pain I am in, but rather, they judge me for it.

And this is yet another reason why survivors don’t come forward. Because this kind of reaction and judgment from someone you love can hurt just as much as the actual abuse. It makes you once again question yourself, what you went through, and who you are. Those feelings of weakness and worthlessness resurface immediately. Within a few moments you begin to simultaneously wonder – was the abuser right and there is something wrong with me; did I deserve all the things he did to me; was he really even abusive since these people think I should have moved on by now?

The thing with trauma is that until you have experienced it yourself, you cannot begin to comprehend it. And that is okay.

You don’t have to get it to be supportive. But judging someone because of what they went through or how they respond to it is never okay or acceptable. As survivors, the last thing we need and the last we deserve is to be judged. We have been through hell and we are still standing. We are warriors and we are fighting an invisible battle each and every day. Yes, we may still struggle, but we keep going. And that resilience, most definitely, should never be judged, looked down upon, or invalidated.

To quote the wise words of Lady Gaga, “Til you’re standing in my shoes, I don’t want to hear nothing from you… Til it happens to you, you don’t know how I feel.” 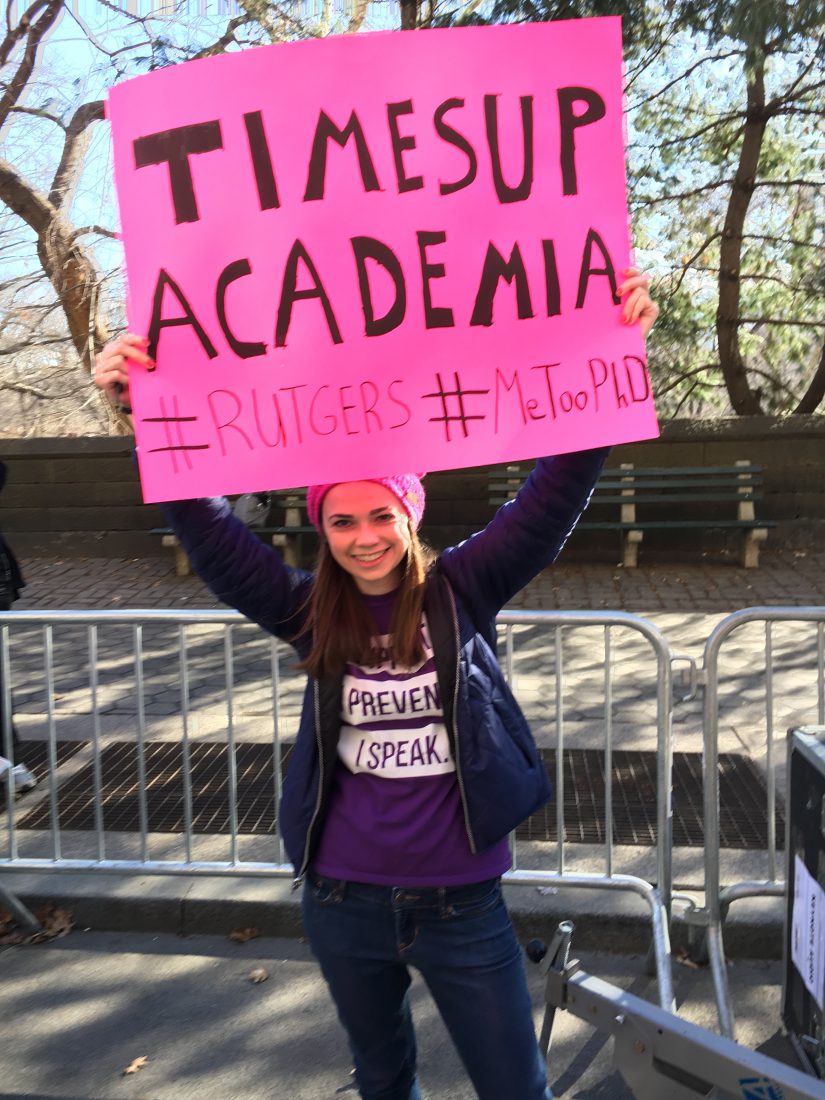 My name is Kristen Strong, I am a Rockstar and I am a survivor of domestic violence. I recently graduated with my master’s degree in neuroscience, but have realized that my true passion is domestic violence advocacy and have decided to devote my life to this. I am the author of a blog, #Speak, where I share my experiences, the issues we face as survivors, and encourage other survivors to speak out. I have also lobbied on Capitol Hill to encourage senators to support bills that would help survivors, and have been a guest blogger on “Voices,” the official blog of the National Coalition Against Domestic Violence. You can connect with me on my website and on twitter @speak766.